Fan Maintenance on the T60

Just about all the parts I’ve ordered for the T60 have arrived. In fact, I think they’re all here now. The T60 feels like a brand new little machine, except for its technology being so old. Even watching Netflix pushes both little CPU cores to around 90%. But, that’s okay. It’s still a fun little machine. And it’s not hard to work on.

With new keyboard and palm rest, it feels brand new. The temperatures got up to 80-90°C today, so I thought I’d better look at the dustbunnies in the CPU fan. Turned out, there were one or two, but not many. In fact, it looked to me like the fan assembly had already been replaced! Someone had already beat me to it!

Here’s what I saw when I got the top off. 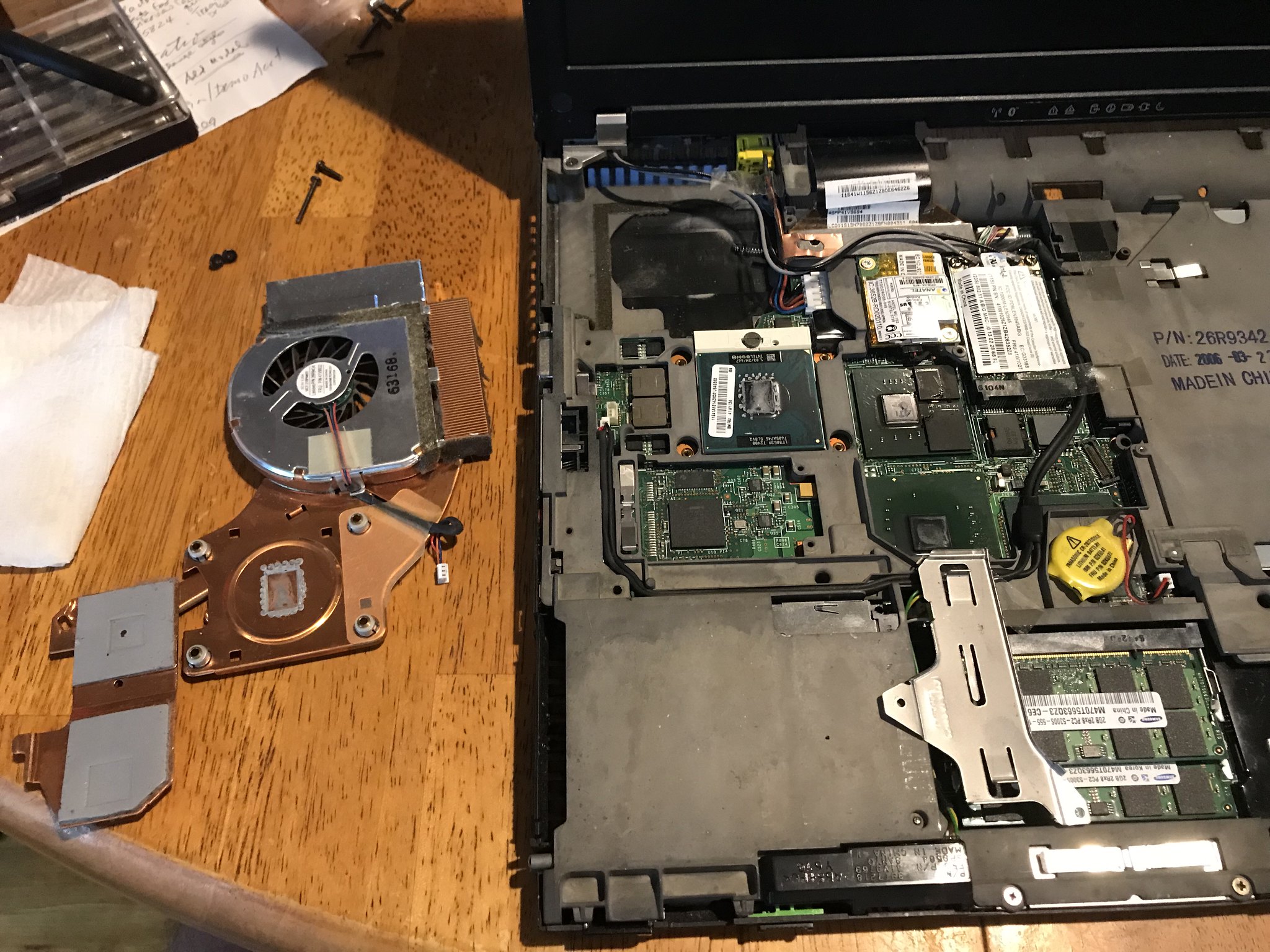 As you can see, the thermal pads on the heatsink are nearly fully intact. The thermal grease is not very old. And the dust bunnies are not bursting out of the fan assembly already!

I went ahead and applied some compressed air to all the places that needed it and then reassembled the machine.

Here’s how it looked just before the keyboard and palm rest went back on top: 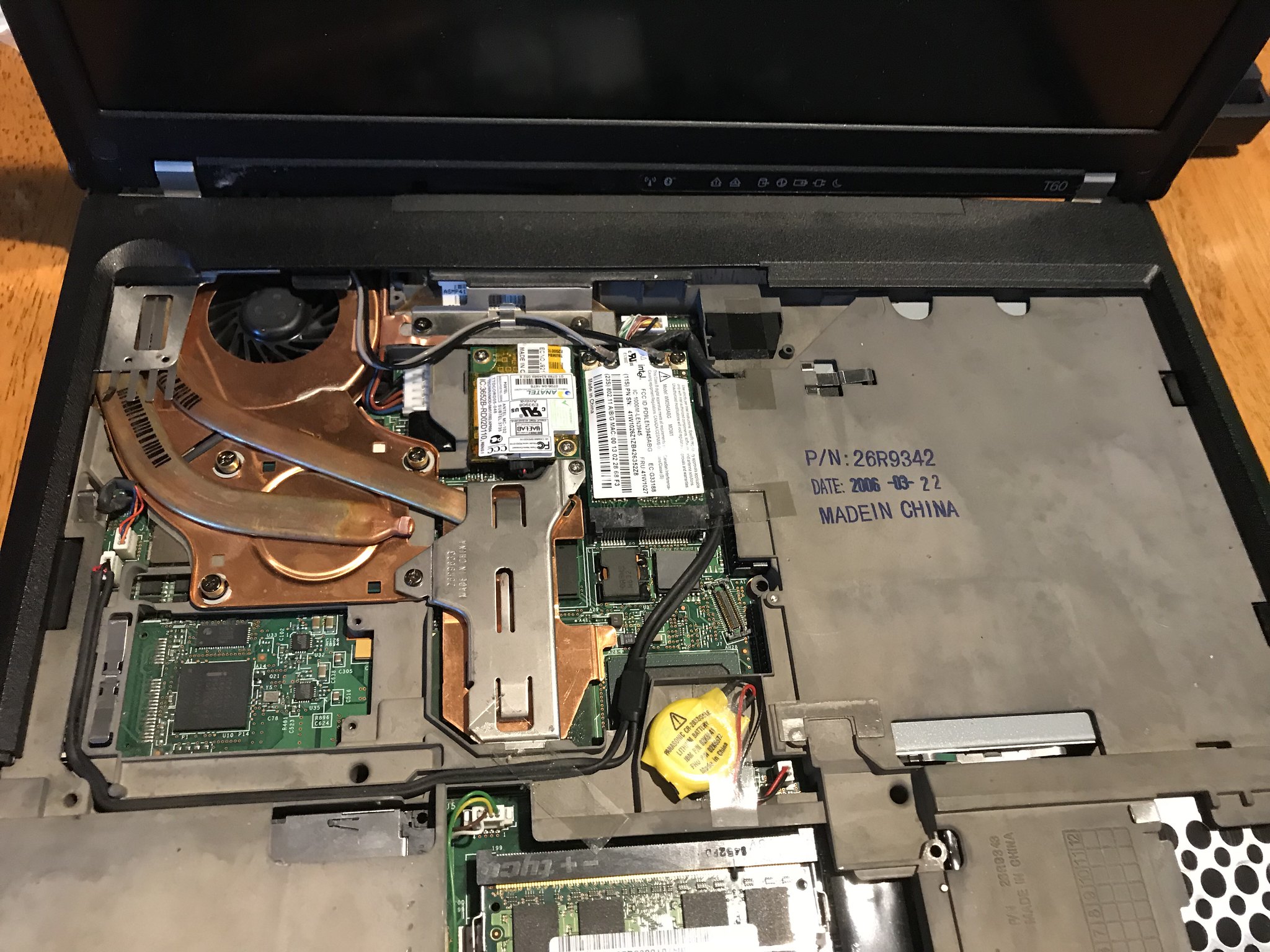 You probably can’t see it, but I made a boo boo here. I used one of the incorrect screws to put the GPU cover back on. Oh well, I’ll fix it. I discovered my error when I went to put the remaining screw in place on the underside of the notebook, and it was too short. Oops. No biggie. I’ll swap them back out.

Anyway, the temperatures are back around 40-50°C, so I think we’re good. The CPUs still have to work pretty hard for what work they do (like watching Netflix or YouTube’s, for example), but this notebook is 12 years old! What would you expect?

I’ve gotta say, I get a kick out of working on this little machine. And it still has just enough power. But thankfully, I’ve got other machines with more power. They’re also fun to work on!