Turns out the laptop I thought I had before was a T410 after all. I have been calling it a T420 for a long time. Oops.

I need to update the previous article and correct my mistake!

They’re similar machines, but they take a completely different generation of hardware, so most parts are not compatible. The technology for each is roughly equivalent though, in terms of USB and Wifi speeds. They both have the coveted 7-row keyboard, loved by Thinkpad geeks. They have roughly the same ports and display options, although the newer (2nd) generation CPU offers a slightly newer version of integrated graphics. But neither one is going to be greater than standard HiDef, so about 1980x1200 I believe. If you have a 4k monitor, neither of these machines will take advantage of it.

The real story of the T420 is that this is the last Thinkpad you can get that supports the best keyboard ever put on a Thinkpad, and it still has Intel’s 2nd Generation CPU architecture. (We’re up to 8th generation nowadays, in case you didn’t know). So this still qualifies as an old computer. However, lots of people still use old computers. Most people don’t need new computers.

I bought this computer off of ebay for about $80 I think. Not too bad. It was missing some things, like a hard drive (which I usually have several of lying around), and it came with a low hardware spec. That’s okay too, because I have lots of old hardware lying around. I did want to order a stronger CPU for it, though. I found an i7-2640 on ebay for $40. They were selling for $100 or more on Amazon, but most people don’t understand the differences I guess. Anyway, the CPU arrived about the same day the laptop itself did, so it got a full make over the day it arrived. 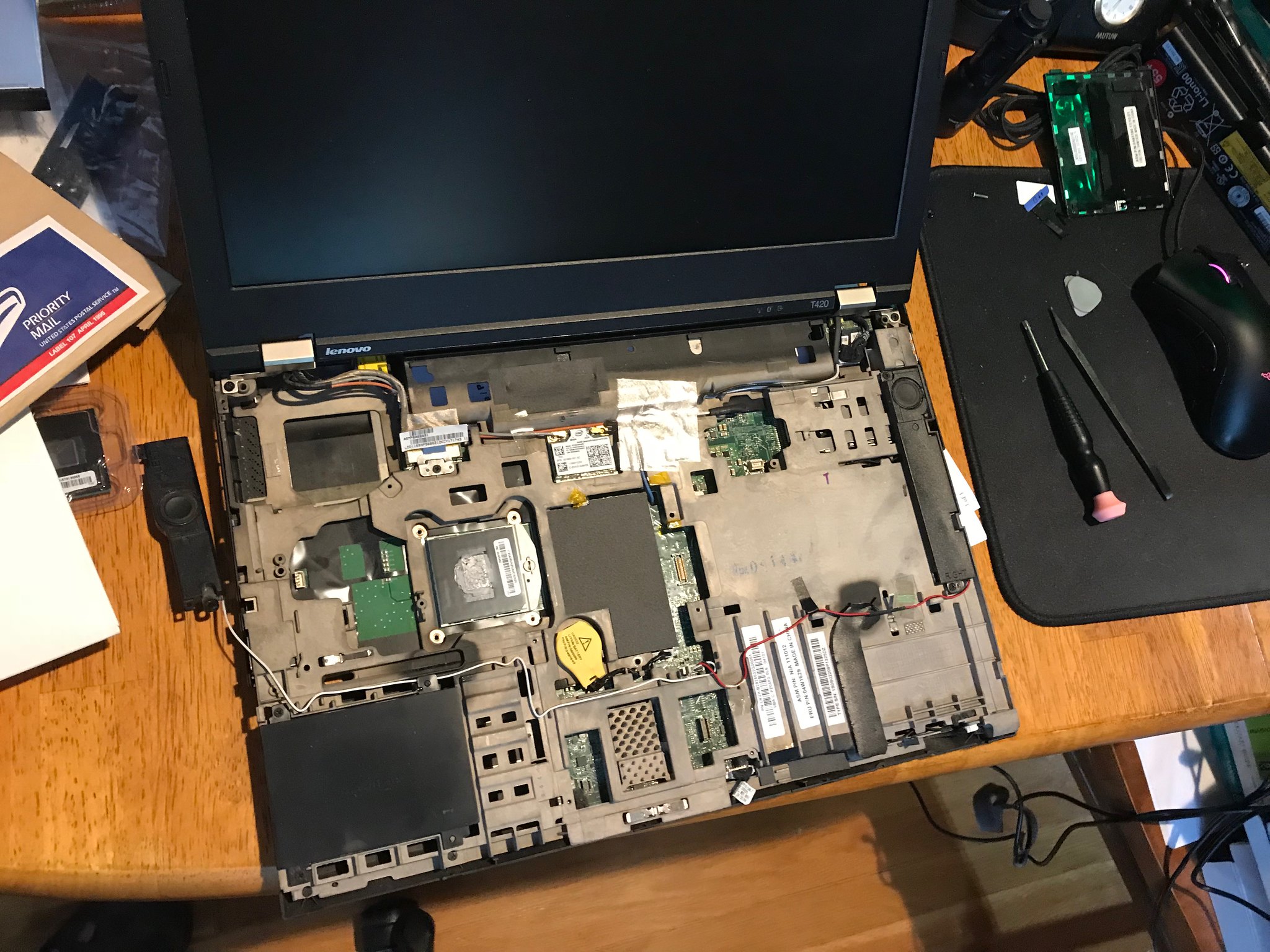 As you can see, the new CPU is in a small see-through container to the left of the machine, and the old CPU is still in its little socket, with thermal paste on it. I think the previous owner had just put fresh thermal paste on there, because normally that stuff is baked on. This wasn’t. I think the fan had just been cleaned out, because there weren’t any dust bunnies living in there. All in all, the insides were pretty tidy for any machine this old. Someone had been taking care of it.

The “new” version of this machine contains a 500GB SSD, an i7-2640M CPU, 16G DDR3 Dimms, and a new 9-cell battery and 90W Lenovo power adapter. (I replaced the cheap knockoff charger and battery that came with the unit.)

I installed my current favorite Linux distro (Manjaro i3wm community distro). This distro has my favorite tiling window manager and also uses the beloved Arch Linux user repositories. Just about any application that you can think of that is capable of running on Linux can be acquired there as a source tree that builds on your hardware, if that hardware can run Arch Linux. Manjaro is an Arch-based distro.

Again, the best part about this laptop is the keyboard. It’s the newest laptop that you can get that still has this wonderful legacy keyboard.

Lenovo recently (late 2017?) came out with an Anniversary model called the Thinkpad25. Or just the Anniversary Model. It’s a T470 with 7th Gen Kaby Lake Intel architecture. It also has a modern remake of the classic 7-row keyboard. Here’s Lenovo’s website with a write up.

Hopefully this website will still be available when you’re reading this. In case it isn’t, hopefully I can provide another example here. 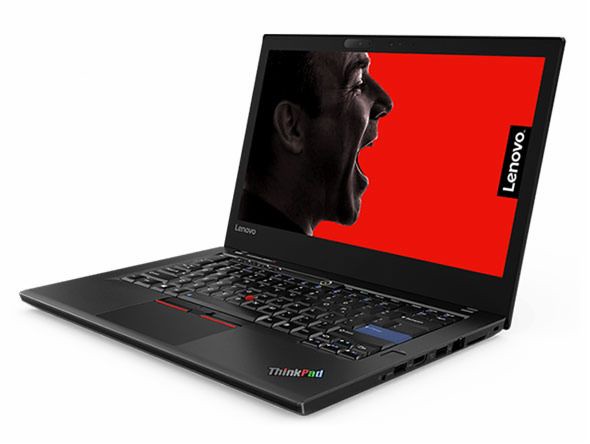 As you can see, this model also contains the old keyboard design. When the T430 and other Lenovo lines stopped offering the classic keyboard design, Thinkpad fans were very disappointed. I’m sure most of us tried to soldier on and pretend the new design was just as good. But it wasn’t.

If anyone from Lenovo is reading this, please make this new keybaord standard, or at least make it an available upgrade to newer models! The modern keyboard just doesn’t compare. But this anniversary keyboard should be the new standard. If there’s any justice in the world.

Bring Back the Classic Keyboard!

Here are some aspects of the older design that I really miss on newer models:

The truth is that we live in an age of technology fads. It takes time and mistakes to find out what does not work and to return to designs that do work. We most often learn through making mistakes.

I’m an older geezer now, but the newer generation can see the difference between many things that they grew up with and the disappearance of those things, such as flip phones, DVDs, and probably many other things that I haven’t even thought of. Many of them have become minimalists out of conscience and a healthy respect for our planet and the dangers of a “throw away” mentality.

There’s also this stubborn aspect to that mentality also:

I was surprised to find out I was not the only one who preferred an IBM Model M keyboard for my desktop computer. It turned out that an entire industry grew up around mechanical keyboards. Turns out lots of people prefer a mechanical keyboard.

Now I also prefer the newer 802.11AC wifi speeds to the older N model and previous model speeds. So there’s still plenty of good that comes from the newer technology. But it pays to pay attention and compare.

So, this old T420 may not be as fast and powerful as the Lenovo Anniversary 25, but it still works for what I do. I can compile programs on this. I can write this article. I can browse websites and read email. I can do lots of other things just fast enough. My old T60 can do some things (although it gets hotter sooner), but this model does the things I need more easily than older computers. And I get to keep my beloved 7-row keyboard.